Several drivers are set to race with a new exhaust system at the this weekend’s Portuguese Grand Prix while three drivers are due to complete the second race at Portimao with a fresh gearbox.

For the 2021 FIA Formula One World Championship, exhaust systems have been added to the list of limited-use components, with each driver allowed no more than eight per season.

Elsewhere, Alpine Renault has already used more than one exhaust system. Two-time world champion Fernando Alonso got a new exhaust system ahead of the second race of the season in Imola after he retired in the first race in Bahrain due to damage caused by overheating of the rear brakes. His team mate Esteban Ocon has also already used two exhaust systems. 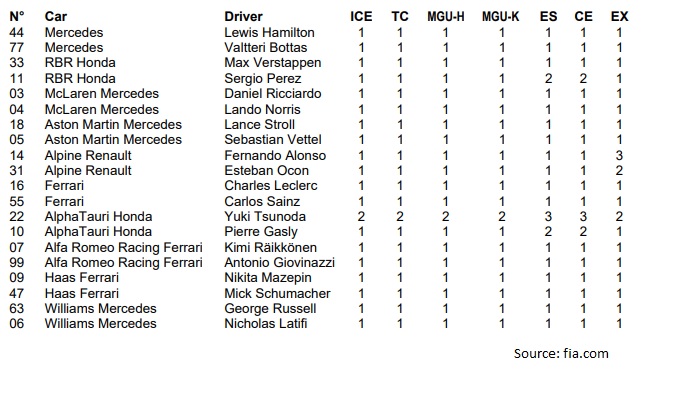 By admin
20 hours ago