After unveiling their 2021 F1 car, the MCL35M, McLaren are set to complete its shakedown run today with Lando Norris and Daniel Ricciardo driving the car at Silverstone.

McLaren took the cover off its new F1 challenger, the MCL35M at a live show at McLaren HQ. The MCL35M is an evolution of the 2020 contender, the MCL35, and benefits from aerodynamic and chassis developments by the team throughout the winter.

Alongside these developments comes the introduction of a new power unit, supplied by Mercedes-AMG. The Mercedes-AMG M12 E Performance was integrated into the design of the MCL35M by McLaren with the support of Mercedes High Performance Powertrains and represents one of several key changes to the car as part of its evolution into the MCL35M.

Team Principal Andreas Seidl revealed that the team’s previous car, the MCL35 has undergone a significant overhaul despite the carry-over between 2020 and 2021 as McLaren has switched from Renault to Mercedes power unit for the coming season.

“All of us at McLaren are ready and determined for another season of intensely competitive Formula 1 racing. The entire team has worked hard over the short winter, together with our colleagues from Mercedes-AMG, to produce the MCL35M and provide a strong car for our drivers to race this year.

„This has been no small challenge, and I want to thank every member of our team, whether at the MTC or working remotely, for the massive effort they’ve put in. Lando and Daniel will, I know, do their very best to represent the team out on track,” Seidl concluded. 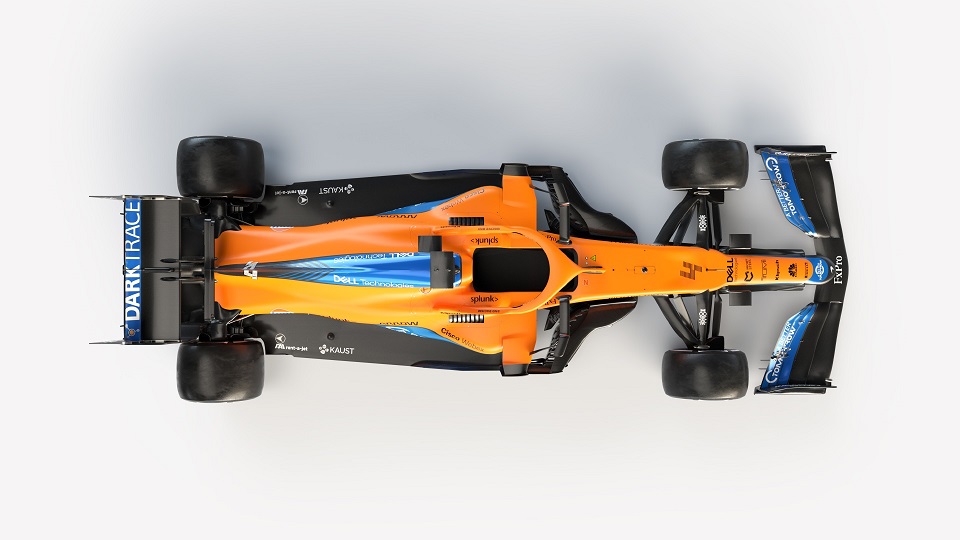 James Key, Technical Director, McLaren F1, confirmed that the new car will feautre fresh ideas despite the restrictions presented by the Technical Regulations.

“Despite relatively stable technical regulations from 2020, there are several significant aerodynamic changes to the rules that are important to get right. Every change to these regulations presents an opportunity, and the team in Woking has been working incredibly hard in difficult conditions to maximise those opportunities.

“One of the key elements of the MCL35M design is the integration of the Mercedes-AMG power unit, which has taken a considerable effort from the team in Woking, as well as our colleagues at Mercedes. Despite our limited scope for installation in a homologated car, the team has done a fantastic job of optimising our design work.

“Building a Formula 1 car is never easy. These are the fastest and most technically complex racing cars in the world and that challenge has only been compounded by the covid-19 pandemic. Over the past year, the team in the factory has been subject to incredibly strict, rigorous testing and working procedures aimed at keeping our people safe. I’m immensely proud of how our incredible group of people has risen to this challenge and developed the best possible package,” concluded Key.

Time for a closer look at the #MCL35M. pic.twitter.com/0n1qy7qFWG

Lando Norris will embark on his third year in Formula One after making his debut in 2019. The 21-year-old finished ninth in 2020, beginning the year with a podium finish at the season-opening Austrian Grand Prix and adding two fastest laps to his name.

“I’m really excited to be back working with the team ahead of my third season in Formula 1. Every time I get into the car I feel like I’m growing in confidence and experience, which helps me build my performance year-on-year. I’ve been working hard personally throughout the off-season to be as sharp as I can when we get to pre-season testing, and I can’t wait to get back in the car soon.

“I’m looking forward to going back to some of the countries we couldn’t race at last year, hopefully with fans as well at some point, who create such an incredible atmosphere in every country we race in. We’ve really missed having our fans trackside and until we can meet again in person, I’ll be working as hard as I can to give them a good show. 2021 is going to be another challenging year on-track with close competition, but I’m just focused on getting back to racing and giving it my all,” said the Bristol-born driver.

Daniel Ricciardo will join McLaren this year after closing his two-year chapter at Renault. The Woking-based outfit has endured an up-and-down period in its history in recent years with their performance fluctuating since the introduction of the hybrid power units. The Perth-born driver is looking forward to opening a new page in his career, pinning hopes on the upward trajectory that McLaren has showed recently.

“It’s great to have finally joined the team after what feels like an age since we confirmed it last May. I’m thrilled to be a McLaren driver and super-keen to get started. McLaren has been on an awesome journey over the last few years, and I’m looking forward to helping the team maintain this positive momentum.

“I’ve been spending the last few weeks here in the UK getting fully integrated into the team so that we’re as prepared as possible for the start of the season. I’ve had such a warm welcome from everyone I’ve met and there’s a real sense of unity and focus around the factory, and a lot of excitement!

The 2021 F1 season will be RIcciardo’s eleventh year in the sport after making his debut with the HRT F1 Team at the 2011 British Grand Prix. The Australian joined Scuderia Toro Rosso in the following year and was promoted to Red Bull Racing in 2014.

2019 saw Ricciardo leave the energy drink company-owned outfit to join Renault where his two podium finishes in 2020 presented the highlights of their cooperation.

“Going into this new season in Formula 1, I’m feeling excited and motivated to give it my absolute all. I think my determination to perform has only grown as I’ve gained more experience and I’m looking forward to getting this next chapter in my career started,” added Ricciardo.

By admin
11 mins ago

By admin
2 hours ago

By admin
2 hours ago

Max Verstappen ‘realistic’ about his chances of challenging Lewis Hamilton

Max Verstappen ‘realistic’ about his chances of challenging Lewis Hamilton